Most chitchatted item of the last year, from the insiders and not, was been obviously, the royal wedding. Harry and Meghan’s wedding. Who did between the brides dream their own wedding with the blue prince when they were child?

Who did dream about the perfection of their Yes day? Who did between the grooms think about Harry’s fortune was to be ‘the second’ for having less duties and more plasures?

Let’s ammit it, everyone cried when the Harry’s wedding became official, also the strongests of us saw themselves married with the prince, forbidden dream of everyone, Harry will remain the rebel prince almost single.

Although he decided to get merried but he did this like Harry’s style and only for this we could accepted that. And immediately we loved also Meghan. She, common american girl, challenged the crown and she won. Divorced, actress, difficult family…the queen accepted everything, the only thing was to see her nephew as a good boy.

From the indiscrections about her wedding dress till the hypotesis about where the party would be take place. As the protocol want, everything remained secret till the wedding day to show all the details at the interviews and at the magazines only after the big day.

The wedding between tradition and innovation was celebrated at the St. George Chapel, one of the favourite place of the queen, not in London like thier predecessors. The groom and the bride chose the readings and the carols personally like that the ceremony will be more personal. 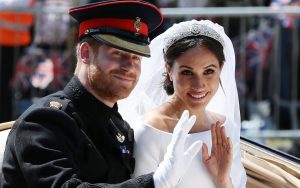 Meghan’s dress, signed by Givenchy, surprised everyone for its simple line, very little princely for someone, as a modern princess for someone else. A boat neckline with three quarter sleeves in white silk cady. In front of a so elegant and charming dress but really simple, the accessories are the really difference; a five metres long veil, keeped with the queen’s Mary tiara, was embroidered only on the edges with 54 roses as symbol of the 54 countries of the Commonwealth. To complete the Duchesse of Sussex’s wedding look there was a diamond pair of earcuffs and rigid bracelet signed by Cartier.

Harry, in full uniform, seeing his beloved enter from the central nave couldn’t help but whisper how beautiful she was ignoring the world direct.

That’s why of all the royal weddings this is what we liked most.

Martina
I love fashion and food. I could kill for a Louboutin. In Lumiere since 2018.
Recent Posts

Any cookies that may not be particularly necessary for the website to function and is used specifically to collect user personal data via analytics, ads, other embedded contents are termed as non-necessary cookies. It is mandatory to procure user consent prior to running these cookies on your website. 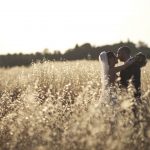